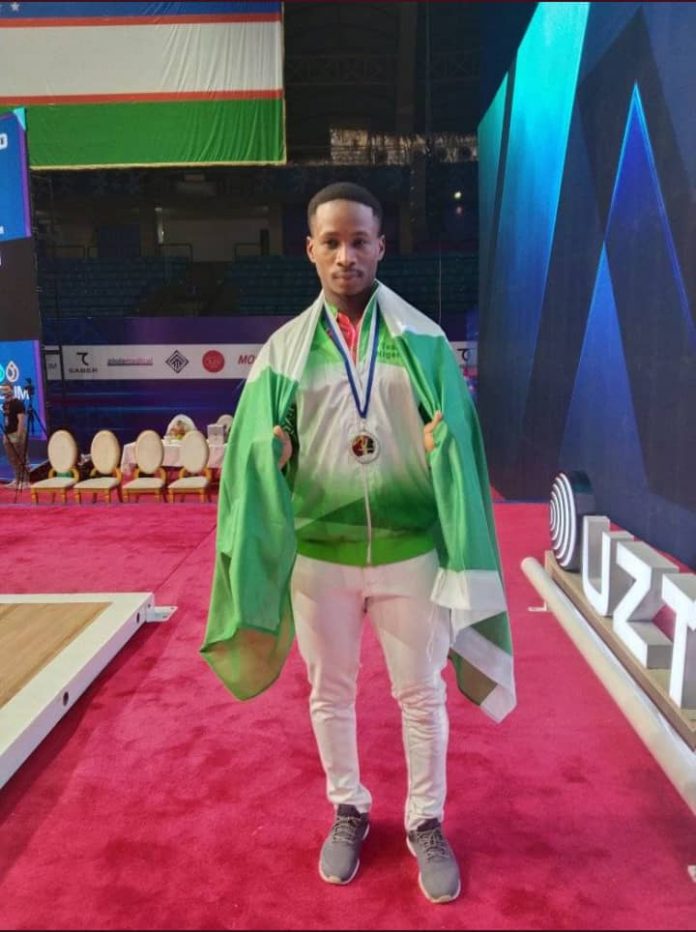 Edidiong Joseph Umoafia on Sunday added to Team Nigeria’s medal tally after he clinched Bronze in the men’s 67kg Weightlifting event at the Commonwealth Games in Birmingham.

Umoafia lifted a combined 290kg Snatch, Clean and Jerk to get on the podium.

His lifts of 130 kg in the Snatch and 160kg in Clean and Jerk was short to earn him a silver but was 3k short of Samoa’s Vaipava Nevo Ioane.

Edidiong finished third behind India’s young weightlifter, Jeremy Lalrinnunga who was making his debut at the Games.

Lalrinnunga smashed two Games records on his way to a sensational gold medal win as he added a second yellow metal to India’s tally.