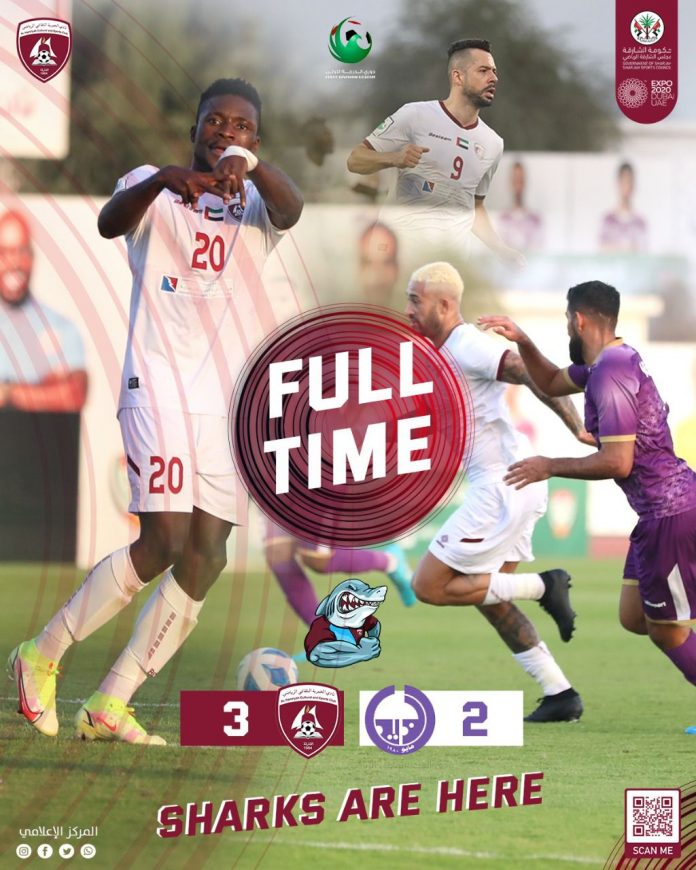 It was a bright afternoon for winger Uzor Akannoh who was amongst the goals for his club Al Hamriyah as they recorded a hard-fought victory over Al Thaid in the United Arab Emirates Division One league game played Friday 12th of November.

The right-winger who earned himself a starting berth, scored the equalizer for his club on the 11th minute after Adenilson Martins had put the host ahead as early as the fourth minute as both sides headed into the break with the score level at halftime.

Six minutes after the hour mark it was Ahmed Abdulla Majid who fired the visitors ahead in the 66th minute, with five minutes left from the regulation time it was drama as Tarik Lukas leveled up for the host who thought they’ve rescued a point for themselves but Vinicius Lopes came up with an 89th minutes winner for the visitors (Al Hamriyah) who moved up to 5th on the league standings as it ended 3-2 at full-time.

Uzor who saw 75 minutes of action before being substituted was delighted to have gotten one of the goals for his side which proved pivotal in getting them the win, expressed his desire to keep improving his game to get more goals as the season progresses.

In a chat with OwoSport.com.ng, “It was a difficult game for us, we came up against a difficult side we kept our cool and took our chances when it came at the end we got a deserved win.

“I am happy to score that very important goal which brought us back in the game after conceding very early, it was what I always wanted to do. I will keep working to improve my game to get more goals to help my team push for the best this season”, he concluded.

Al Hamriyah will host Masfout in their next league match on Friday, November 19th, 2021.