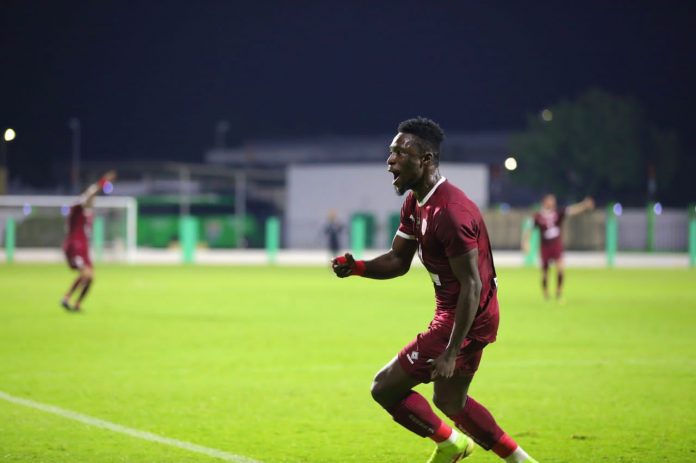 Nigerian winger Uzor Akannoh scored a stoppage-time equalizer to salvage a point for Al Hamriyah against Dibba Al Hisn on Saturday evening in the United Emirates Division One League.

It was a keenly contested affair between the two teams who are just two points above each other in third and fourth position respectively on the Division One league s standings.

Vinicius Lopez fired the visitors into the lead early in the second half, Anderson Murao however restored parity for the home side in the 60th minutes of the game as he curved in a well-taken free-kick before he completed his brace nine minutes after as he scored on the 69th minutes to put the home side ahead with a 2-1 lead.

Only when Dibba Al His had thought they were on course for the maximum points, Nigerian winger Uzor Akannor showed up and stole the show with one minute of regulation time left to play as he scored in the 89th minutes to rescue a point for the Al Hamriyah.

Uzor Akannoh now has two league goals to his credit this season.