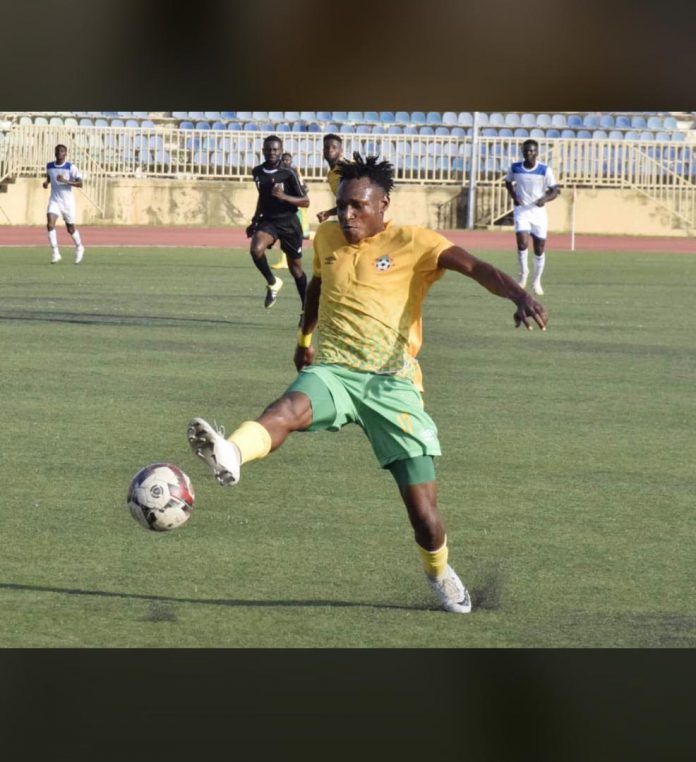 Kwara United forward Wasiu Alalade has confirmed his readiness and that of his teammates for their NPFL rescheduled clash against Enyimba in Aba on Wednesday.

Alalade is not a stranger in Aba having played for the People’s Elephant for three years before moving back home to join Kwara United.

For years, Aba has been a difficult ground for Kwara United as the Harmony Boys have never won there, but Biffo and his men can take advantage of Enyimba’s recent poor form at home as they have failed to win in their last 3 home games.

In the topflight, Enyimba and Kwara United have played 18 games with the Aba based side having 9 wins, the Harmony Boys have 6 victories while the remaining 3 ties ended in draws.

A win for Kwara United in this battle will take the Harmony Boys to second position on the NPFL table and Wasiu who turned 22 on Tuesday, July 6, is positive of his team getting a good result.

“I understand the fact that Kwara United have never won here in Aba and that will end tomorrow because we are ready for Enyimba and the least is for us to get a draw.

“I played here for three years and even scored the first goal at the Aba stadium after the renovation, but this time around, I want to help Kwara United to win,” Alalade explained to Kwara United media.

Meanwhile, the former ABS star has so far this season scored five goals for Kwara in the NPFL and he is aiming to net more for the Ilorin based side.