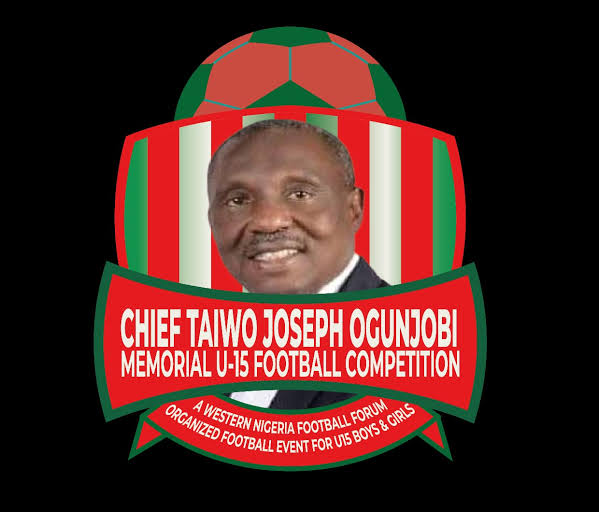 The South West states participating in the maiden edition of the Western Nigeria Football Forum/ Taiwo Ogunjobi Memorial U-15 Football Tournament are intensifying preparations for the event. The tournament will hold in Osogbo as from 16th to 21st August with the award ceremony holding in the evening of the final at a yet to be named venue.

Information available to the tournament media team reveals that Oyo State has completed its screening exercise for the state representatives and have commenced training in earnest.
Lagos and Ekiti Football Associations have standby teams that will represent their states but will invite the players to closed camping once the 3rd term examinations are completed.

Ondo State FA will have its screening exercise this weekend while Osun State FA is making plans to hold the exercise at a yet to be fixed date.
Speaking on the preparations, the Oyo State FA Secretary, Mr. Kehinde Ojelowo said, “we have conducted our screening exercises, what we are focused on m now is proper and adequate training. I will say we are fully ready”,he said.
Alhaji Ganiyu Majekodunmi ,the Ogun FA said that the state team has commenced training since the past five weeks adding that they fully ready and prepared for the tournament.
Meanwhile, the Main Organizing Committee co-chaired by Otunba Dele Ajayi, the Chairman of Ondo State FA and Otunba Tade Azeez, the President of the Nigeria Referees Associates have identified and listed some sports administrators within the south west and in Nigeria at large as nominees for the prestigious Late Chief Taiwo Ogunjobi Award of Excellence.