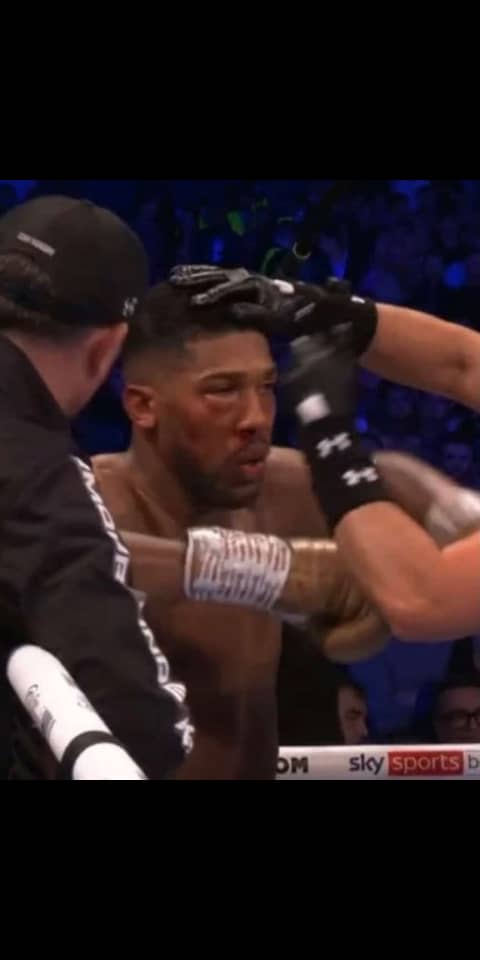 After suffering a disappointing defeat, Anthony Joshua says he will begin training on Monday to make corrections ahead of a re-match after losing his IBF, WBA, and WBO World Heavyweight titles to Ukrainian Oleksandr Usyk on Saturday night at the Tottenham Hotspur Stadium London.

The British – Nigerian boxer applauded Usky while stating his readiness to be back in the ring to reclaim his titles. “Well done to the winner (Usyk) and we’ll be back again, I’ll get back in training.

“A great 12 rounds. A great experience in the ring, and we’ll be doing it all again real soon. What went wrong? Just taking a loss, but we’ll get it right,” He said in a post-fight conference as quoted by Boxingnews24.com.

AJ interestingly shared his experience on the night as he attributed his failure to lack of proper vision stating that it was his first time in a fight he was unable to see properly as his eyes where shut.

“Because of my training, my lungs, it was a good 12-rounder. I’ll be in a good place when I get back in training and pick up where I left off,” said Joshua.

“I wanted to outbox him, he’s got a good pace,”

“He gets hit a lot, and in the rematch, I’ll just learn to hit him more. I’ll be more concussive with my punch selection.

“It was a good chess match. I wanted to outbox him and do certain things. After that, my eye in the ninth round. It was a great lesson. For me, personally, I’m learning this game.

“I’m studying, I’m learning. Eight rounds, everything was going well, and then in the ninth, a little issue happened in the fight.

“The other fighter [Usyk] starts putting more pressure and picking up the pace.

I’ll pick up where I left off and come back and try to be better. I’m sure I’ll be better for the next one. Great cardio,” said Joshua about himself.

“I’m a different type of fighter. I’m not a sulker,” said Joshua.

“This is a blessed opportunity to be able to fight for the heavyweight championship of the world and to fight good fighters time and time again.

“It’s a blessed opportunity. I’m not going to go home tonight and be crying about it because this is war. It’s a long process. It’s not like one fight and I’m done.

“I’ve got an opportunity to go back to the drawing board. I can’t go back and sulk. That’s wasting time. I’m going back to look for ways that I can improve straightaway.

“I’ve already been watching the fight. ‘Oh, I could have done that better’ in my mind anyway,” concluded.

The date for the re-match would be communicated very soon with Anthony Joshua being eager for a re-match.