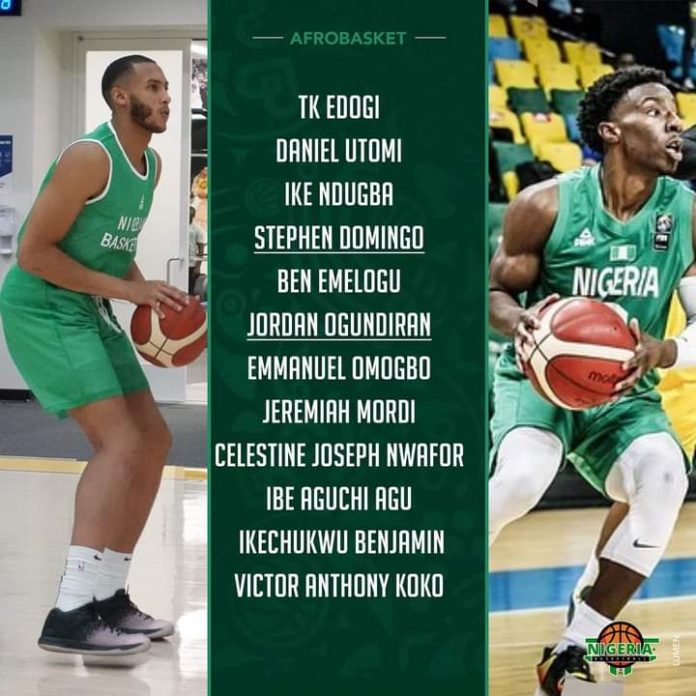 Daniel Utomi who plies his trade with Vichy Clermont in France will be joined by Ikenna Ndugba, Emmanuel Omogbo of Apoel BC of Cyprus and Benjamin Emegolu (Rouen Basket Metrople, France) after days of training in the United States of America

TK Edogi makes a return to the team after missing out of the 2020 Olympics in Tokyo alongside Stephen Domingo (Lake land Magic – G League, USA), Jordan Ogundiran and Jeremiah Mordi.

Players plying their trades in Nigeria will also play a major role in the team’s hunt for glory with the inclusion of Rivers Hoopers point guard, Ikechukwu Benjamin as well as Koko Victor Anthony.

The team is expected to arrive in Kigali on Sunday, 22nd of August ahead of their first game against Mali on Wednesday, 25th, August.

The number one ranked team in Africa will face Kenya and Côte d’Ivoire in group C in a quest to improve on the silver medal won at the 2017 edition in Tunisia.

Coach Ogoh Odaudu who led Rivers Hoopers to the inaugural edition of the Basketball Africa League has also joined the team as one of the assistant coaches.